The word Igado reminds me of a ghost named Tia Gado (Aunt Gado) who haunted my family’s live-in nanny.  The bizarre story, relayed by my brother Gino, happened before I was born.

It begins when Martha, a nanny who’s worked for the family for years,  began claiming that she is being haunted by her Tia’s ghost.  Tia Gado, who lived in another town, had passed away a few weeks before.  Martha would stand frozen in place at random times, stare  at a corner of a room with a horrified look on her face, and gasp “it’s Tia Gado!”.

The hauntings began gradually but in about a week, Martha’s sightings became more frequent and often resulted in tears. She had also started running away from Tia Gado’s ghost, once almost dropping my baby brother in her rush to leave the room.

One night, the family are all gathered in my parent’s second floor bedroom praying the rosary.  My brother keenly remembers hearing the fast and frantic footsteps thudding up the wooden stairway and down the hall leading to their room.  The door suddenly bursts open and a panicked nanny rushes in and screams “she’s coming for me!”.  She runs to the foot of the bed, putting my family between her and the doorway, and faints.  She slumps down with her arms and head on the bed and the rest of her body on the floor.  My family is stunned. They sit watching their nanny for a moment, filled with fear and uncertainty. 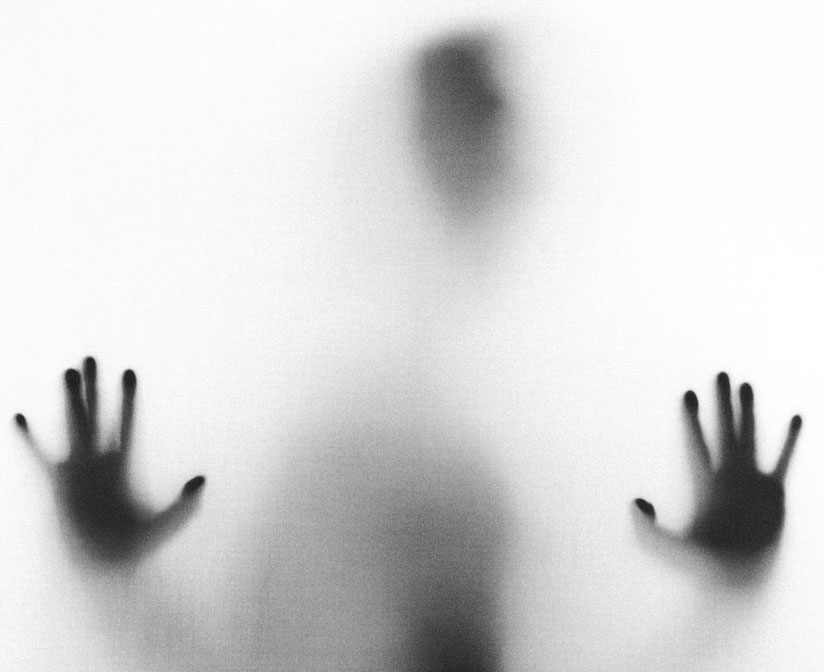 Then, the folded body of Martha starts talking in an unfamiliar voice.  The tone is deeper and guttural, unlike their nanny’s sing song cheery voice.  It is the voice of Tia Gado coming from the lifeless body of Martha.

The end of the story is as strange as the beginning. Ironically, the ghost apparently had a message for her niece to be a good person and to pray.  My mother, recalling an old Filipino superstition, grabs a black cloth and throws it over Martha. The ghost abruptly stops talking and the nanny slowly regains consciousness.  The next day, she is taken to a psychiatrist and her relatives arrive to pick her up and take her home.

What does this story have to do with the recipe I’m sharing with you today?  Nothing. Tia Gado’s name rhymes with the word Igado, so I always think of this story when I think of Igado.

Going back to cooking, the traditional way of cooking liver in the USA differs from the Philippines.  Here, the liver is seasoned, pan fried and served as a steak. In the Philippines, the pork and liver are cut into small bite size pieces and simmered in vinegar and soy sauce. The liver doesn’t overpower the dish but blends with the other ingredients to create a flavorful dish that’s earthy, tangy and slightly sweet.   Igado has always been one of my favorite entrée’s even when I was a young child. 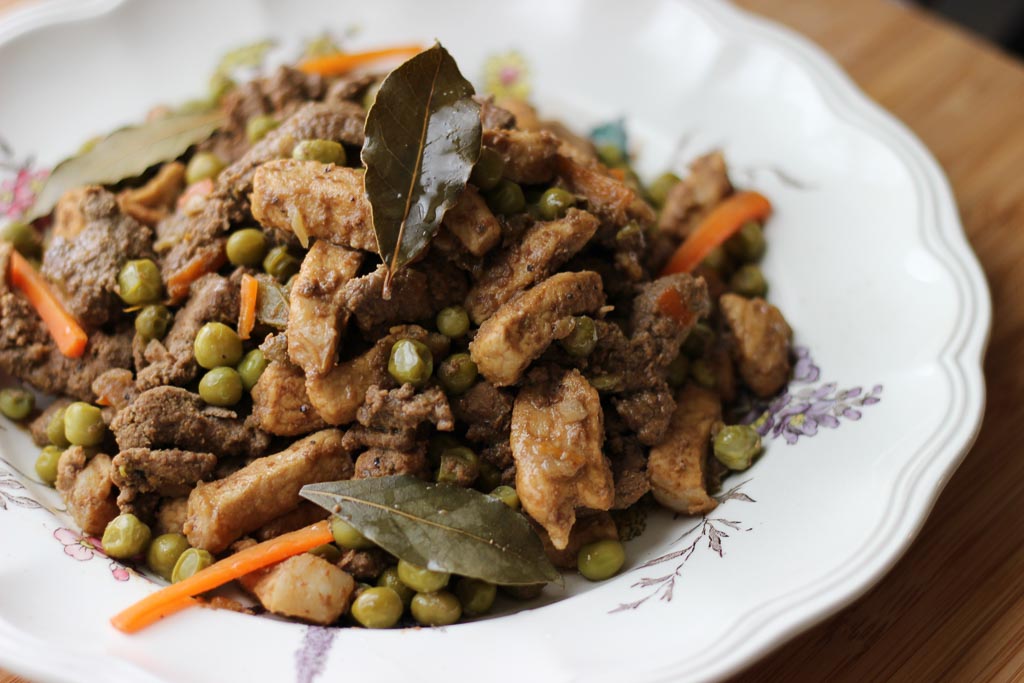 Did you know that Igado is a favorite dish of former President Elpidio Quirino? Here is an excerpt from Betty Ann Besa-Quirino’s website, Asian in America:

“I rekindled my knowledge of Ilocano food and the many favorite dishes of the Quirino brothers: Ernesto, Elpidio, Eliseo, Antonio and Rosa, their sister. I was given a pretty good explanation of Vigan specialties by our aunt Attorney Aleli Guzman Quirino or Tita Lila as we fondly call her. One of these favorite dishes was Higado, which I tried my hand at here in my American kitchen. Our aunt describes higado best and calls it by its original Ilocano name: DINALDALEM is higado to non-ilokanos. Different parts of the pig – pork loin, pork lung, pork heart, pork tampalin, pork liver and lampay (innards) – are used.”

You can read more about the 6th President of the Philippines and the history of Igado on Asian in America. 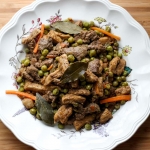 For marinating the liver

The liver, when overcooked, is tough and chewy. This is why liver is added last to the cooking process. Marinating the liver in a little vinegar and soy sauce is optional but helps in reducing it's gamey flavor. Adjust the vinegar according to taste.