Is Filipino Food Weird? Programs like Bizarre Foods or Fear Factor only feature food from the Philippines that are odd to Americans. Foodies who are adventurous appreciate these shows more because they know the dishes or delicacies featured are snippets of an entire food culture. Unfortunately, some viewers believe that “weird food” is what we eat on a daily basis. 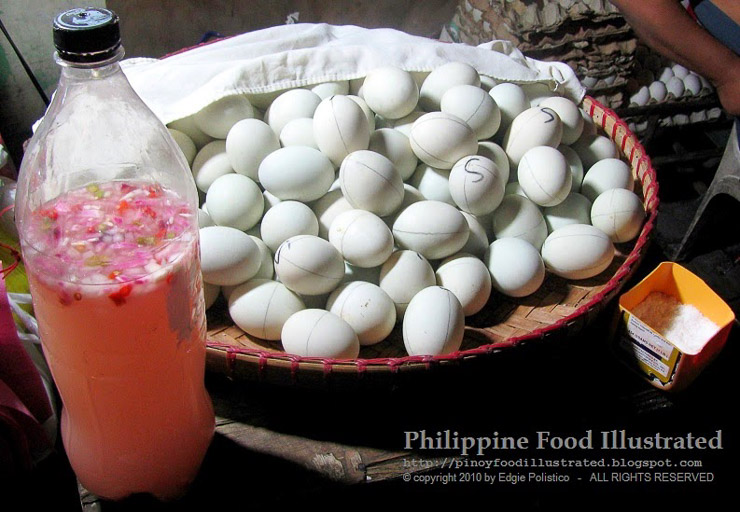 What was once weird food in America is now mainstream.

Will Filipino Food attain the same mainstream status? Japanese restaurants serve raw fish which was considered (and still is by some) weird food here in the US.  Now, sushi restaurants are popular and trendy places to dine in. Thai and Vietnamese restaurants, much like Filipino cuisine, cook dishes with fish sauce. An ingredient with a pungent smell and a salty-sweet flavor made from fermented fish. The ingredient can’t stand alone in most American dining tables.

A friend of mine visiting our home turned her nose at fish sauce on the kitchen counter.   Her repulsed comment was “I don’t like the smell of that stuff”. My friend however, claims she loves Thai and Vietnamese food.  Lastly, no one sits down at an Indian restaurant just to eat Naan, we’re all there to eat the Korma, Vindaloo, and Palak Paneer in thick gravy-like sauces which is not the norm in American food. 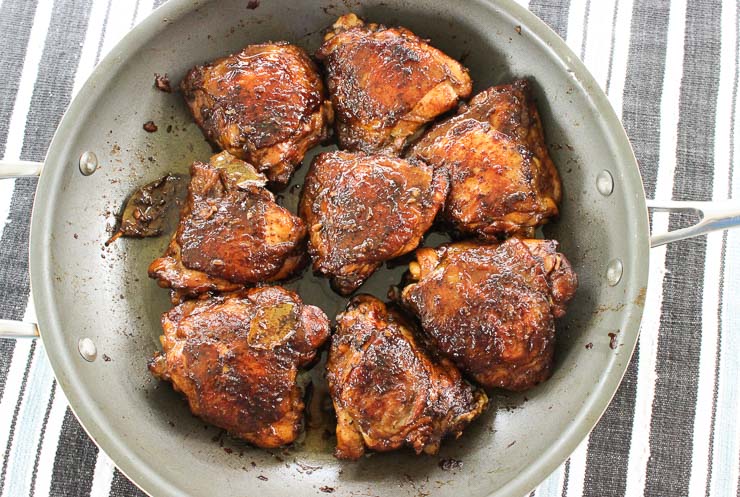 “A new diner walks in a room…”

The phrase sounds like the beginning of a joke. In some instances, a diner who is curious about Filipino Food might feel the joke is on them.  I’ve been witness to food curious foreigners walking in Filipino Food establishments who look lost.  Their experience is mostly good and sometimes bad. I myself have had a confusing encounter at a Filipino restaurant.  It all begins with the person behind the counter.

Here’s an example of a conversation between a server behind a steam table and a new customer:

“What’s that dish?” (customer points behind glass display)
“Pork.” (monotone and bored answer by girl behind counter)
“What about this one?” (points to another tray)
“Chicken.”
— customer walks out.

I wanted to help the customer but it wasn’t my place to do so. Frankly, as much as I want to promote Filipino Food, the customer who walked out was better off giving her money to another restaurant.

My confusing encounter began with an annoyed woman behind another steam table restaurant. I smiled and talked to her in Filipino but she refused to engage. She piles my plate with rice and asks in a thick Filipino accent “What’s your sides?”.

I was confused. I stare blankly at her for a few seconds while I quietly process her words. I don’t get it. Is this a trick question? Isn’t rice a side?  Then I get it! I pointed to the entrees I wanted or in this case, the sides. My realization from the experience was it does make sense to call meats the “sides” when the plate has a heaping serving of white rice on it.

Filipinos are usually friendly and helpful. It’s a disappointment when I encounter one who is not. However, the situations above are rare. Most of the time, the Filipino restaurants including pop-ups I/we have visited here in Virginia and other states have been phenomenal. 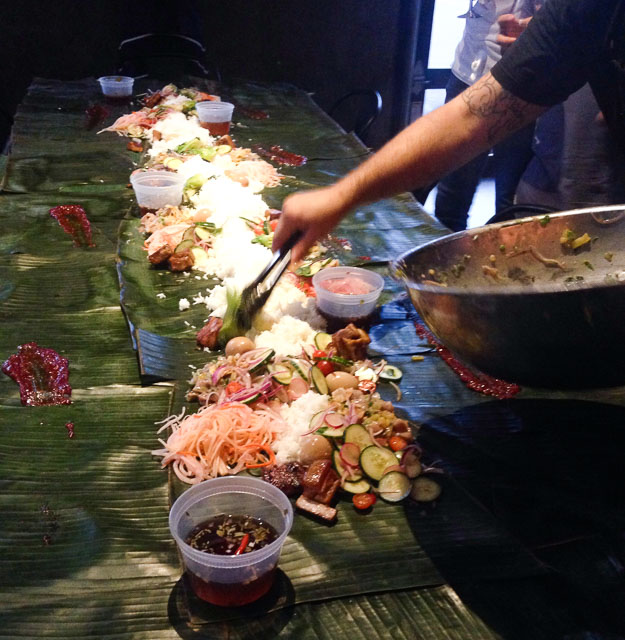 Kamayan Feast by The Jackdaw in Richmond, VA (here) 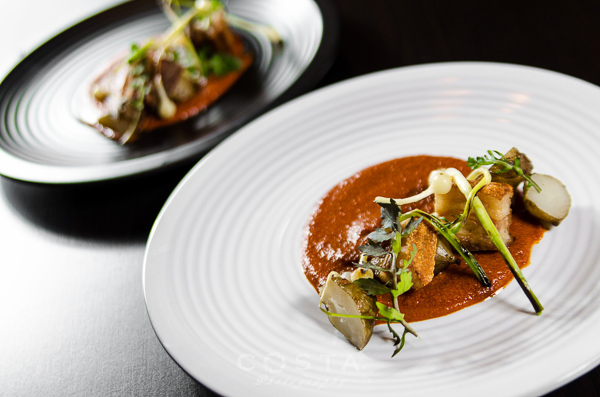 Is Filipino Food Weird?  I asked my friends and family and this is what they have to say:

Cez from AZ (Filipina, about husband)

“oh man you know he had an invite to a Filipino party yesterday….an acquaintance…. we weren’t supposed to go because we had a prior engagement…but because the guy said they were serving lechon my husband said we’d ditch our prior engagement and just go to the Filipino party instead. . OMG the food was so good! Oh Hans loves filipino food! He is game for anything… I think the only thing I’ve seen him hate is bagoong.

Whats his favorite home cooked pinoy food? “Adobo and sinigang… but he likes to eat other Filipino food too”

Eden from Germany (Filipina, about husband)

“My hubby loves Filipino food, he even cooks it himself! Haha! Adobo is his favorite plus Gising Gising plus salted eggs, which he showed me how to do here (in Germany). Dinuguan he doesn’t remember but as far as I know he ate everything except Balut!! hihi. Daing aka “stinky fish” he can eat but doesn’t want to cook here because of the smell.”

“I was surprised by the the use of Salmon fish head but I liked it once I’ve tried it. I like Balut and Dinuguan (I’ve encountered blood sausages before). I didn’t like  Adobong Pusit (it’s like a month’s worth of fish taste in each bite) and Bagoong (that threw me because I will always eat too much of it). Those are a few exceptions, because in general I love Filipino food. I will even make arroz caldo, sinigang and adobo myself, and I live with a pinoy foodie.”

Anna from NV (Filipina, about husband):

“per John, weird is not the word he’d use to describe Filipino food. It’s the frequent use of vinegar and cooking of body parts (the consistency and texture- the unfamiliarity of it) are what makes him have an aversion to it. He did say he appreciates the resourcefulness of the cuisine and the use of parts that others would normally discard. He eats Indian, Thai and Vietnamese. I think because he is exposed to “safe food” (food that sells well in America) when he eats at an Indian, Thai at Vietnamese restaurant and was exposed to “unsafe” (food that wont sell well in America)  Filipino Food thru me  that’s why Filipino food is his least favorite. But, he doesn’t like sushi from Japanese restaurants so much. Anyway, I told him if you’re a fan of Thai food then you’re a fan of Filipino food. They use a lot of fish sauce you know!”

“He said, he was always interested in trying different food and found Filipino cuisine yummy and colorful which made it appetizing to eat. His favorite is adobo as it is tasty. He likes everything I cook even sardines with potatoes. I cook daily mostly our (Filipino) food because of the taste”

Jason from NY (married to a Filipina)

“No I don’t find it weird, but I do see a leap for the general American population. The names of stuff are very foreign sounding. The sauces are usually thick, and Americans don’t generally eat like that. The lack of veggies is a concern as is the abundance of rice when so many worry about carbs. Generally I find it less approachable then Korean, Japanese or even Thai or Vietnamese. Aside from a lechon, that other cultures do as well, I do not see a particular dish, like Kim Chee, dumplings, pizza, examples, or a style of cooking or food prep, like sushi that stands out above other Asain cuisine. I think there are weird elements, but I see it as a simple utilitarian cuisine with an emphasis on protein.”

Mia F. from Sweden (daughter of a Filipina)

“Mom did prepare Filipino food and we liked it very much. Especially adobo, all kinds of chicken with a lot of garlic, onions and all kinds of vegetables. I don’t know the names of all the different dishes. Also we always eat rice together with potatoes. The only thing I never tasted is the Balut! It’s the most weird food to eat! Mom learned to like Swedish food too. She loved to eat the herrings we have here except the “surströmming” you can google on that.”

Anna from Sweden (granddaughter of a Filipina)

“Havent tasted the dinuguan but it doesnt sound too strange… I guess its because we hav the “blood-pudding” here in Sweden. One thing that I still dream of is the Fresh mango we had in the Phillippines… Haven’t tasted a mango as good as that in any other part of the world! One thing that i was a bit concerned about trying was the Ube (not sure about the spelling). It was a Purple dessert made of some kind of fruit. It was good but it sounds like a Swedish word. Henrik (husband) says that Balut was his favorite! I would never try that!!!”