Information in this post is not updated. Please check the web to see if these restaurants are still open.

It’s a known fact that Richmond, VA is one of those small-ish cities that has seen a boom in the food scene in the past years.  I know because I witnessed this  beautiful thing come to life. When I first moved to the river city in 2011, finding a ramen restaurant was as likely as finding a wild grizzly bear in Mechanicsville.  Then, boom! How many ramen restaurants do we now have in Richmond?  Hooray, right?

There are so many restaurants to explore within the city that I’m always on the lookout for that off-the-beaten-path experience when it comes to gastronomical delights. I decided to focus on tacos.  It’s a common food item on the menu whether it’s prepared in the  traditional way or fusion. The city has many good Mexican restaurants and popular hangouts such as Boka Taco, En Su Boca, and Don’t Look Back.  All trendy places to be in.

However, I was curious to find hole in the wall restaurants too.  Like that small eatery inside a Mexican grocery store on Broad St. or that corner restaurant on Nine Mile Rd. that serves thick home-made corn tortillas.  These are the tacos I decided to focus on.  Our search brought us to five noteworthy Taquerias that served up delicious meals on the cheap.

An order usually consists of three tacos on a plate which makes for a filling meal. The price for each order ranged from $9.00-$11.00 for each plate including a large glass of horchata or jamaica.

Here are 5 places to eat Tacos in Richmond, VA: 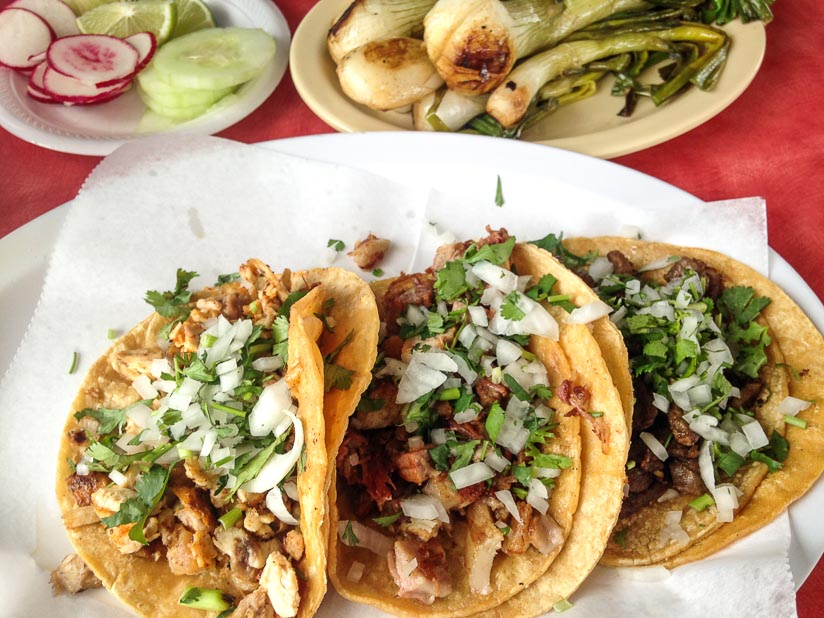 We ordered Al Pastor, Lengua, Carnitas and Carne Asada.   The highlight at Taqueria Panchito was the  delicious and tender Carnitas.  A carnitas taco that’s not done right is bland and oily but what we had at Panchitos was flavorful with just the right amount of fat and searing on the fried pork. I also like that the restaurant has grilled leeks on the menu. The Horchata and Jamaica we ordered for drinks was mixed right and not overly sweet. 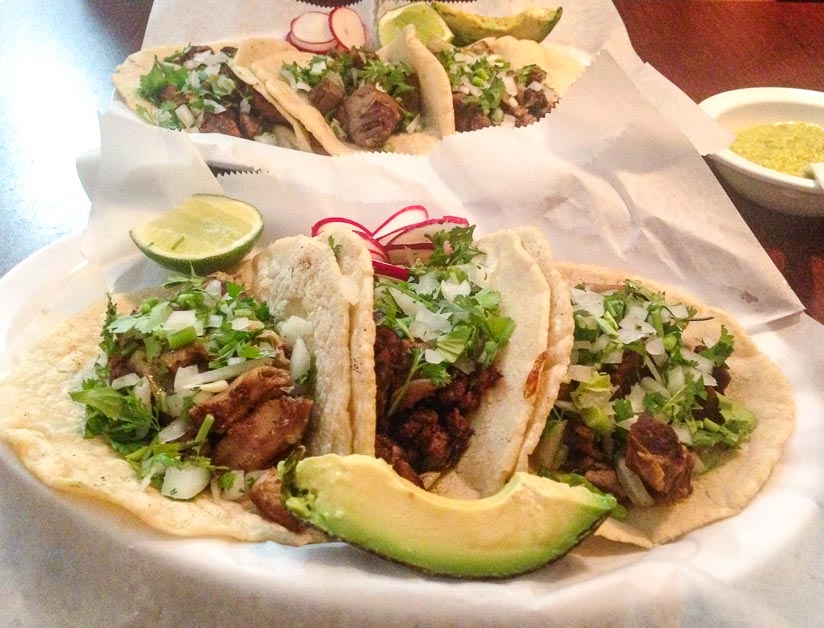 The tortillas at Mi Guerrero were thicker, a quality of home-made, hand-rolled flat breads. A single tortilla held the filling of each taco without tearing.  The winner at this restaurant was the Carne Asada.   The meat had underlying flavors of lime and spices that made each bite delicious.  The tender tripe tacos that my husband ordered were good too. This east side restaurant can be found inside a small Mexican grocery store.  When we walked in, loud banda music was playing on the radio which made the dining experience festive.  Mi Guerrero might be a small place but it’s full of character.  The meat servings per taco were smaller but still filling.  The Jamaica and Horchata was a little too sweet.

There were only a few diners when I  walked in during mid afternoon. The interior is simple with a spanish and english menu on the wall. I ordered the Al Pastor, Lengua, and Carne Asada tacos. The plate did not look impressive at first but the Lengua won me over.  Other places would cut the meat into small pieces losing that texture that lengua is known for.  El Paraiso served theirs in chunkier cubes which made each bite of taco very satisfying. The Jamaica I ordered was not overly sweet. 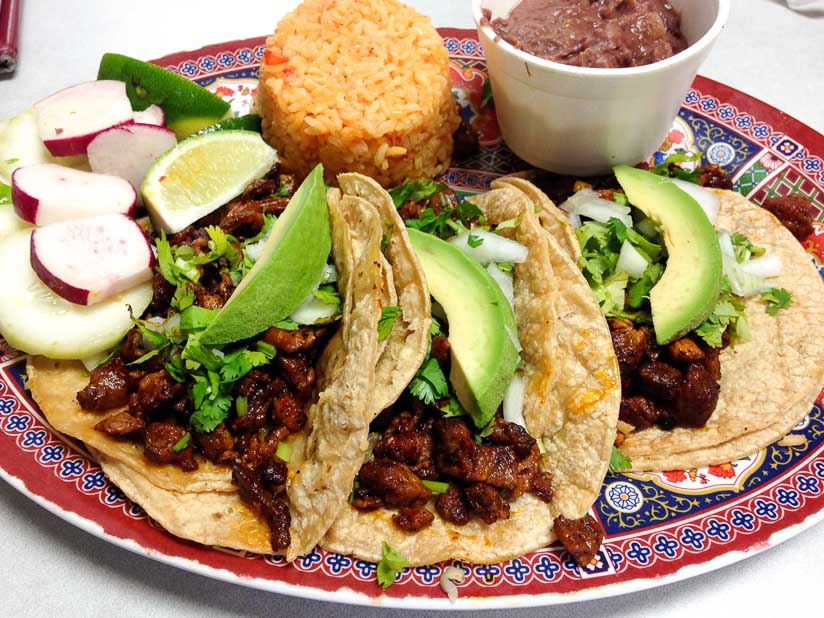 Bring your appetite because the servings are generous.  I was surprised when my order of Al Pastor Tacos came with a side of beans and rice.  Most places just serve three tacos on a plate and that’s it.  The Jamaica was refreshing and not overly sweet.  The Al Pastor was delicious but the meat was a little tough.  However, with their generous servings, El Jardin will give you the most for your money. 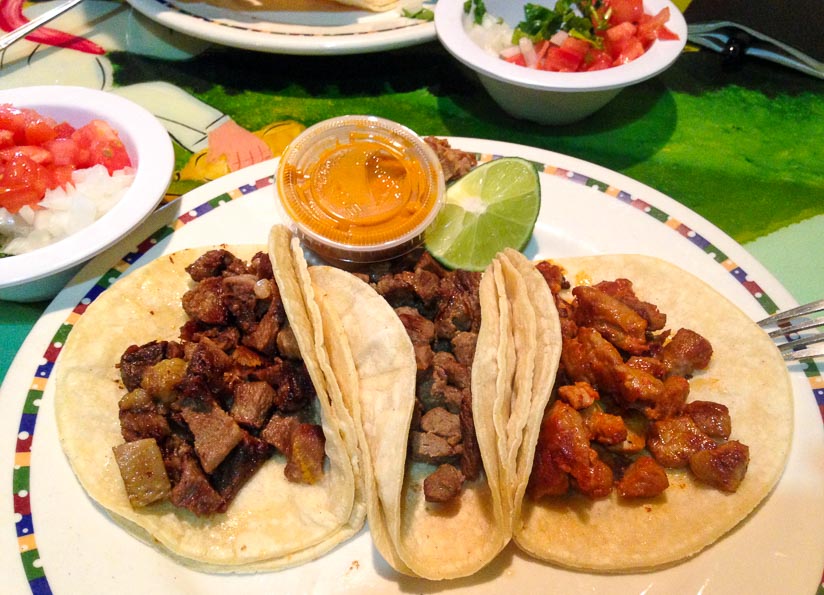 The restaurant has a fun atmosphere with it’s brightly painted hard wood chairs, tables and booths.  We went in for a late lunch and ordered the Carne Asada, Al Pastor, and Lengua.  Mi Pubelito was the only restaurant that requires the diner to order two tacos of the same kind and another. There were two of us dining so we still had a good variety of tacos to choose from.  I usually prefer the flavor of pork tacos over beef  but the Carne Asada stood out among the other tacos we ordered. The servings were a little small but still filling.  The tacos didn’t come with cilantro which was odd, however, the plate was served with a side of chopped onions, jalapeno peppers, and tomatoes.

In summary, the five restaurants featured here does not even cover the number of delicious Taquerias that can be found in and around Richmond. It was an interesting dining experience to see how the restaurants plated the tacos, what sides they included, and why some tacos came with chopped onions and cilantro and some didn’t.  If you want to know more about Tacos and where else to find them, here is an interesting article from RVA MAG on “Real People’s Tacos” by Andrew Goetzinger. 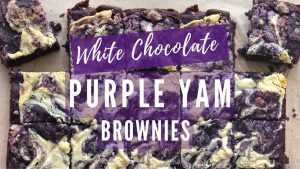